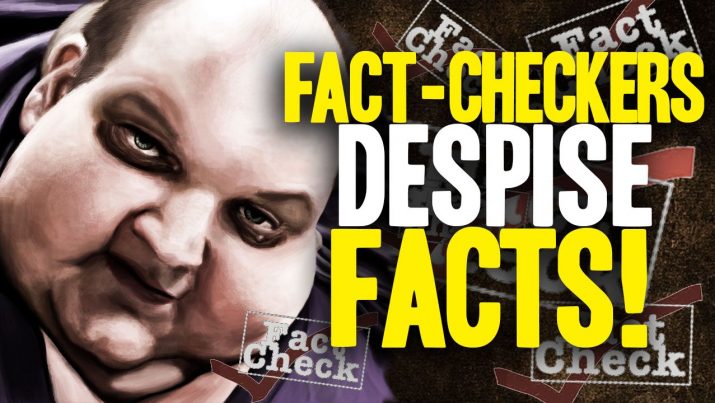 If you look closely at the so-called “fact-checkers” who claim to exercise oversight on the media and online information, it turns out they know almost no real facts about history, medicine, economics, politics or science.

“Fact-checkers” turn out to be nothing more than biased, uninformed liberal propagandists who are astonishingly ignorant (even scientifically illiterate) about the world around them.

For example, the average “fact-checker” has no idea that IBM provided key technology to help the Nazi regime run a more efficient Holocaust. Many young journalists, bloggers and fact-checkers report that true history to be a hoax, apparently oblivious to actual history.

Similarly, no such “fact-checkers” know anything about the history of the pharmaceutical industry and how it got its start with IG Farben, the Nazi conglomerate found guilty of crimes against humanity. IG Farben was forced into a breakup by the courts, and one of the resulting corporations was Bayer, maker of children’s aspirin as well as toxic pesticides derived from Nazi-era research.

There isn’t a single liberal “fact-checker” who knows this true history, so they declare it to be a hoax. So much for FACTS, eh? According to a liberal fact-checker, a “fact” is whatever their friends believe. In other words, consensus becomes FACT because real facts have no relevance in the minds of the delusional Left (which ridiculously claims a monopoly over all facts, even as they are oblivious to real facts).

Listen to my full podcast on the failures of fact-checkers at the Health Ranger Report website, or listen below: